Charlie’s Tasty Treats is a company set up by Richard Ingram (and named after his own dog Charlie) producing home-made, healthy dog treats which are sold in pubs and shops around the New Forest.

Richard started the business after finding it hard to find work due to his Aspergers. He started out making cakes, but after the outlet he was selling the cakes at closed down, he moved on to dog treats. Having a dog himself and knowing several people with dogs, Richard has lots of people to sample the biscuits, and found they went down very well!

Charlie did help with some tasting when Richard started out, but Richard says he eats anything – so it wasn’t really much help!
As the flavours are proving to be successful, Richard plans to keep producing those at the moment. In he future he may look at developing a gluten free treat, and has even had some requests for cat treats! After being interviewed for South Today Richard has received requests from more outlets than he could supply, but his Mum is looking into ways to help other young people set up in business so the demand can be satisfied.

The treats on offer include Peanut Bones, Chicken Liver Nuggets, and Mint and Parsley to help freshen breath. 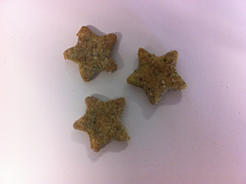 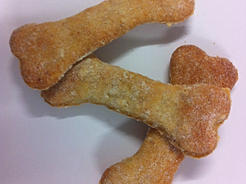 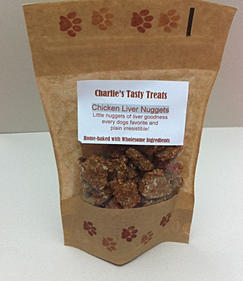 Richard sells his products in local dog friendly pubs and some shops. The current outlets where you can purchase them are

More information can be found on the website – www.charliestastytreats.co.uk/

CLOSED – winner will be announced soon.

A guide to dog friendly places throughout the UK. 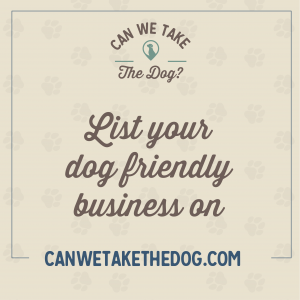